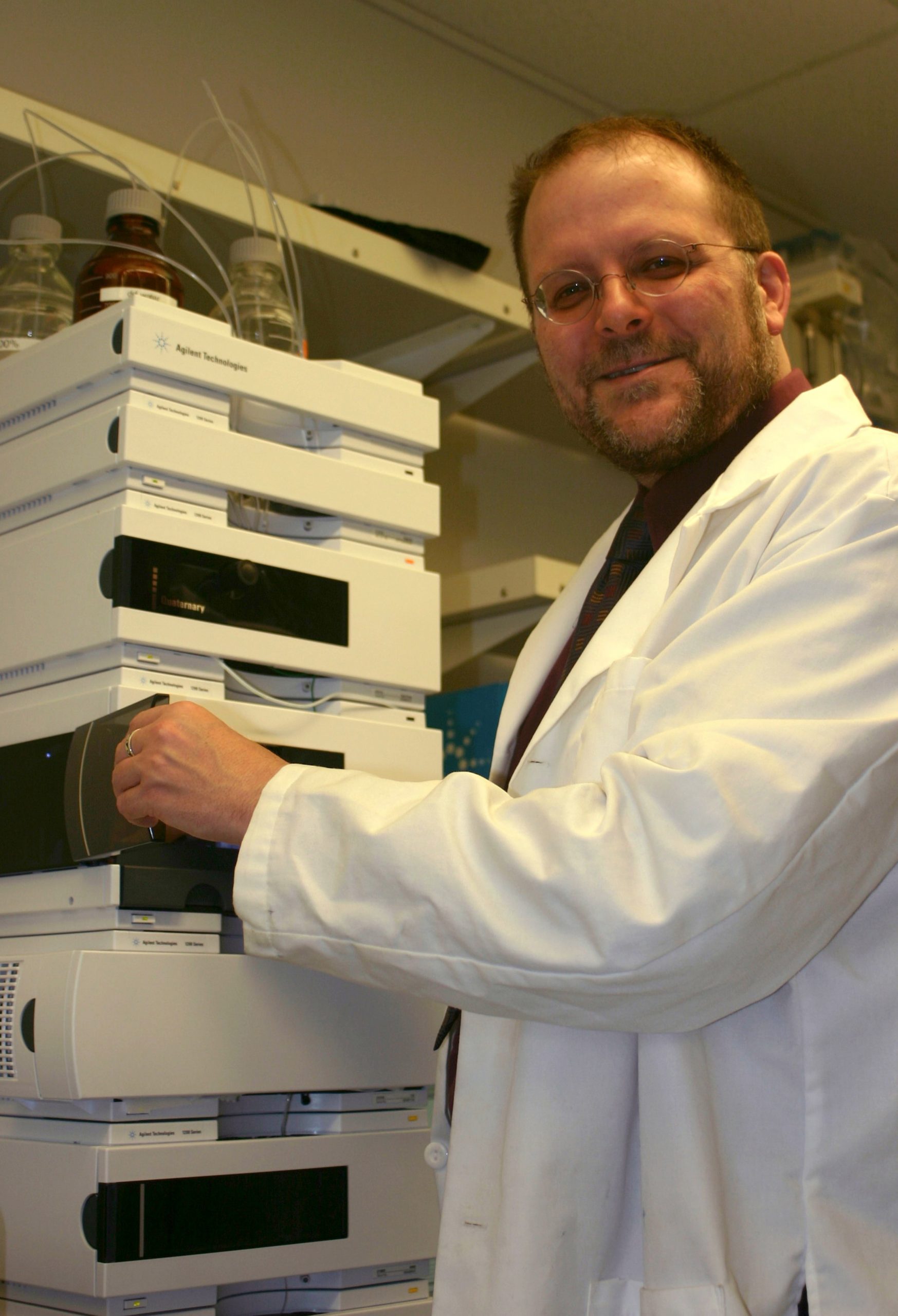 Aug. 10, 2009 – University of Utah scientists developed a new kind of “molecular condom” to protect women from AIDS in Africa and other impoverished areas. Before sex, women would insert a vaginal gel that turns semisolid in the presence of semen, trapping AIDS virus particles in a microscopic mesh so they can’t infect vaginal cells.

“The first step in the complicated process of HIV (human immunodeficiency virus) infection in a woman is the virus diffusing from semen to vaginal tissue. We want to stop that first step,” says Patrick Kiser, an associate professor of bioengineering at the University of Utah’s College of Engineering. “We have created the first vaginal gel designed to prevent movement of the AIDS virus. This is unique. There’s nothing like it.”

“We did it to develop technologies that can enable women to protect themselves against HIV without approval of their partner,” he adds. “This is important – particularly in resource-poor areas of the world like sub-Sahara Africa and south Asia where, in some age groups, as many as 60 percent of women already are infected with HIV. In these places, women often are not empowered to force their partners to wear a condom.”

A study testing the behavior of the new gel and showing how it traps AIDS-causing HIV particles will be published online later this week in the journal Advanced Functional Materials. Kiser is the senior author.

“Due to cultural and socioeconomic factors, women often are unable to negotiate the use of protection with their partner,” says Julie Jay, the study’s first author and a University of Utah doctoral candidate in pharmaceutics and pharmaceutical chemistry.

So the researchers developed a vaginal gel that a woman could insert a few hours before sex and “could detect the presence of semen and provide a protective barrier between the vaginal tissue and HIV,” Jay says. “We wanted to build a gel that would stop HIV from interacting with vaginal tissue.”

Kiser estimates that if all goes well, human tests of the gel would start in three to five years, and the gel would reach the market in several more years. He and Jay want to incorporate an antiviral drug into the gel so it both blocks HIV movement and prevents the virus from replicating.

A Rocky Road to Microbicides against AIDS

The effort to develop microbicides – intravaginal gels, rings and films – to prevent transmission of the AIDS virus has been halting. The few that have reached human clinical trials in Africa failed to prevent HIV transmission – either because they carried antiviral drugs that were not long-lived or strong enough, or because patients failed to use them. Some experimental microbicides increased the risk, possibly by irritating vaginal tissue and attracting immune cells that are targeted by the virus.

In 2006, Kiser and colleagues published a study on their development of another “molecular condom” to be applied vaginally as a liquid, turn into a gel coating at body temperature, then, in the presence of semen, turn liquid and release an anti-HIV drug.

Unfortunately, few antiviral drugs bind to and attack HIV in semen. And in Africa, high air temperatures prevent the gel from turning liquid so it could coat the vagina evenly, Kiser says.

The new “molecular condom” gel in the current study works in the opposite way. Like the old version, it changes in response to changes in pH – acidity or alkalinity – in the vagina caused by the introduction of semen during sex. But unlike the old gel, which became liquid at the higher (less acidic) pH of semen, the new “molecular condom” becomes a semisolid at the pH of semen, forming a mesh of “crosslinked” molecules.

The new gel is applied as a gel, and then becomes more solid and impenetrable as changes in pH alter the strength of the bond between the gel’s two key components, both of which are polymers, or long, chain-like molecules made of many smaller, repeating units: PBA, or phenylboronic acid, and SHA, or salicylhydroxamic acid.

Slowing and Blocking the AIDS Virus

Kiser’s team first published a study about the invention of the polymers and their behavior in 2007. A patent is pending on the invention.

The chemical bonds between the two polymers constantly attach and detach at normal, acidic vaginal pHs of about 4.8, allowing the gel to flow, Kiser says. But at a pH of 7.6 – the slightly alkaline condition when semen enters the vagina – the PBA and SHA polymers “crosslink” and stick tightly together, he adds.

Part of the new study characterized the flow of the gel.

“It flows at a vaginal pH, and the flow becomes slower and slower as pH increases, and it begins to act more solid at the pH of semen,” Jay says. HIV moves slowly within the gel, even when the gel is at lower pHs (higher acidity) and still flowing, but the virus is blocked at higher pHs caused by the entry of semen into the vagina.

The crosslinked polymers form a mesh that is smaller than microscopic, and instead is nanoscopic – on the scale of atoms and molecules – with a mesh size of a mere 30 to 50 nanometers – or 30 to 50 billionths of a meter. (A meter is about 39 inches.)

Kiser says the gel should block other viruses and sperm, thus could work as a contraceptive and possibly prevent infection by herpes viruses and human papillomavirus (HPV), a major cause of cervical cancer.

The gel also could help prevent AIDS by blocking movement of immune system cells that try to combat infectious agents but instead get hijacked by the AIDS virus.

During the study, coauthors from Northwestern University in Chicago used a sophisticated microscope to track how fast HIV particles marked with fluorescent dye moved when they were caught in the gel, and how the speed varied with changes in pH.

The researchers compared movement of HIV particles with latex particles, which revealed that under somewhat acidic conditions, the HIV particles are slowed down in part because their surfaces react chemically with the polymers.

By adding an anti-AIDS drug such as tenofovir to the gel, “the virus would have two barriers to get through: the polymer barrier and then the drug barrier,” Kiser says. Unlike an antiviral used with the old gel, tenofovir would not attack HIV directly, but protect immune cells in the vagina from infection.

Kiser says that after sex, the vagina gradually becomes acidic again, and any residual HIV particles would be inactivated both by acidity and an antiviral drug within the remaining gel, which still impedes HIV to some extent at normal vaginal acidity.

The study was funded by National Institutes of Health. Kiser’s research team is continuing the effort to develop microbicides to prevent AIDS thanks to a $100,000 grant from the Bill and Melinda Gates Foundation.

Upcoming work includes assessing the HIV-prevention potential of other polymers, testing the safety of the new gel on vaginal cells, and studying how well the new gel blocks the transport of HIV into samples of human vaginal and penile tissue from hysterectomies and circumcisions, respectively.