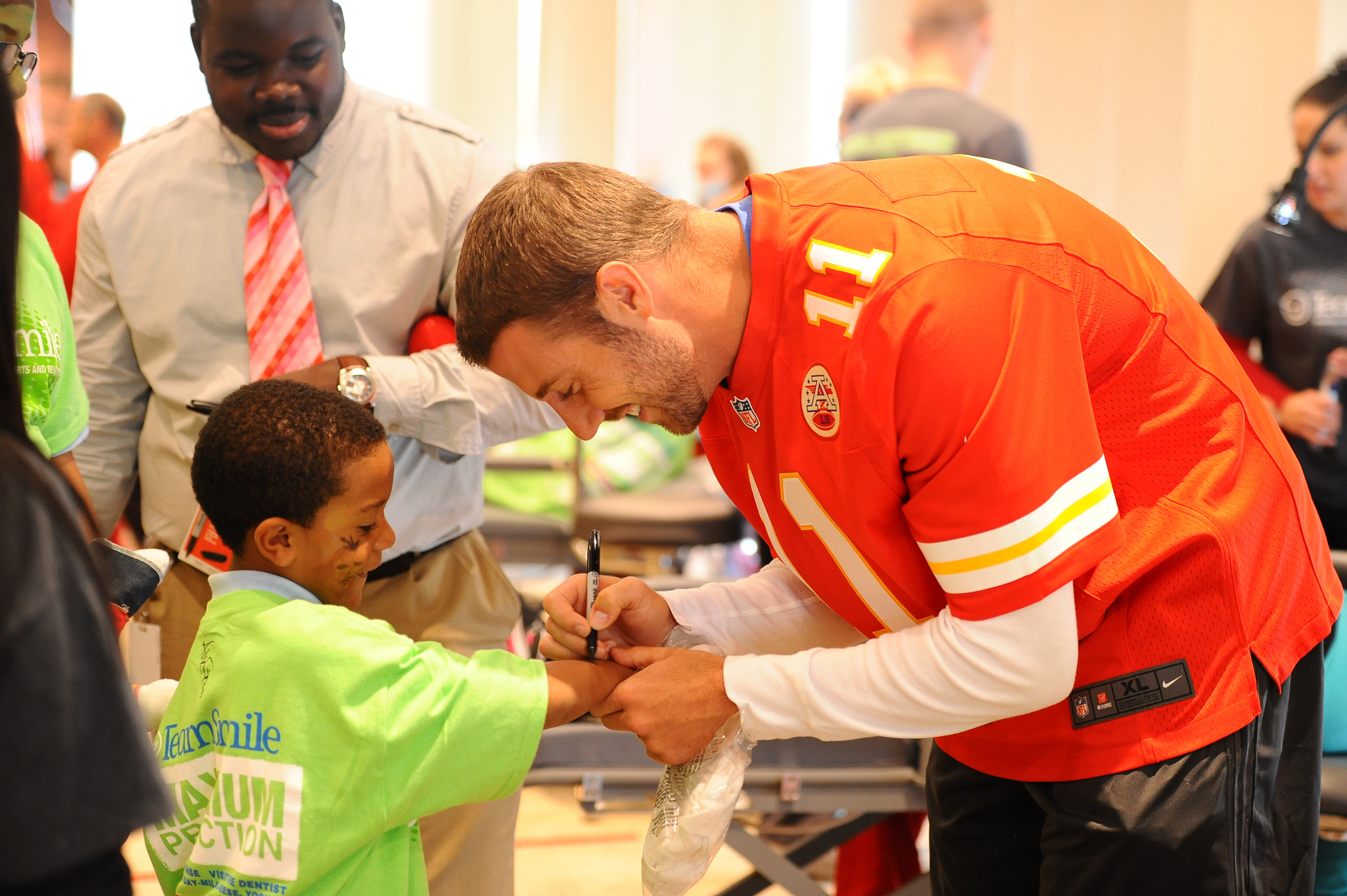 Alex Smith, who is quarterback for the Kansas City Chiefs, a University of Utah graduate, and generous philanthropist has been chosen by the President and Board of Trustees of the University of Utah to deliver the university’s general commencement address on Thursday, May 1, 2014.

Before playing professionally, Smith posted a 21-1 record as quarterback for the University of Utah football team, leading them to post-season victories in the 2005 Fiesta Bowl and the 2003 Liberty Bowl.

While at the U, he also earned a bachelor’s degree in economics in two years with a 3.74 GPA and began work on a master’s degree before being drafted.

“Smith is not only a talented athlete and accomplished student,” said David W. Pershing, president of the U, “he is a standout example of class and persistence. It is no surprise that his teammates voted him the Ed Block Courage Award in 2011 as a model of inspiration, sportsmanship and courage. It is an honor to welcome Alex back to campus.”

In 2007, Smith started the Alex Smith Foundation and the Alex Smith Guardian Scholars Program, which helps send foster teens to college. The San Francisco Chronicle reported that the foundation is a model of sports charities, spending  91 percent of its funds on scholarships and grants. The article noted that since 2007 “…23 of the 30 foster teens who received scholarships have graduated thanks, in part, to the staggering support they’ve received: up to five years’ tuition, year-round housing, books, mentors, career guidance, health services and living expenses.”

General commencement exercises will be held Thursday, May 1 beginning at 6:30 p.m. in the Jon M. Huntsman Center of the University of Utah campus. The event is free and open to the public.

Smith’s transition from college to pros was uneven, but by 2011, Smith led the 49ers to the division title. Following a concussion that ended his starting position with San Francisco in 2012, he was traded to Kansas City in 2013 where he led them to a 9-0 start and their first playoff berth in three years. USAToday described his leadership in the recent wild card playoff game against the Indianapolis Colts this way: “Alex Smith kept carrying the Kansas City Chiefs despite losing one playmaker after another. Smith fired four touchdown passes and led the Chiefs to scores on six of their first seven possessions.”

A look at the trajectory of Smith’s life and career so far – from “smart, skinny and uncoordinated” kid to “an overlooked recruit who became the No. 1 pick in the NFL Draft, and was labeled a bust before going 19-5 with a 95.1 passer rating the last two seasons” – is available from the Kansas City Star online .