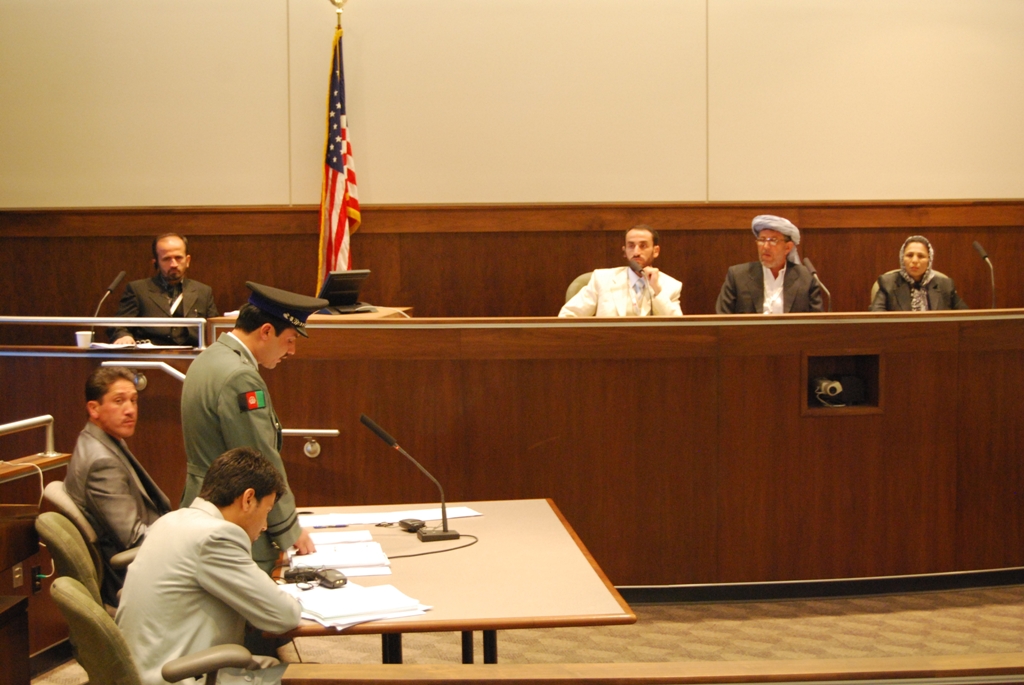 The Global Justice Project of the U’s  S.J. Quinney College of Law began an intensive three-week training program with the prosecutors and two legal consultants as the first project of the U.S. Department of State Public-Private Partnership for Justice Reform in Afghanistan.  These  “students” will engage in comparative demonstrations and discussions of prosecutorial techniques ranging from initial investigation through incarceration.

“The program is both fascinating and challenging,” says Wayne McCormack, professor of law at the U, and one of the instructors in the project.  “The U.S. faculty needed to learn about the criminal justice system of Afghanistan so that we could make sensible comparisons to the American system. Then various U.S. agencies have stepped up to deliver demonstrations and training, most notably the FBI, US Attorney’s Office, State Crime Lab, County Jail staff, and several judges in both the federal and state courts. The result has been a dynamic and exciting two weeks with yet more to come. When we conclude, we hope to produce a report on needs of the Afghanistan legal system with suggestions of solutions to those issues that could be provided in part by the international community.”

The U.S. has recently assumed the lead role in assisting the Afghan government to reconstruct its justice system essentially from the ground up after 30 years of civil war and the demolition of the existing Afghan system.

The Afghan Prosecutor training will consist of classroom work, interaction with U.S. judges, law enforcement personnel, and law school faculty, all with the goal of enhancing their ability to build an Afghan legal system responsive to their own culture and economic needs.  At the same time, the U.S. participants will learn enough about Afghan culture and their legal system to be more effective in helping them in their rebuilding effort.

In addition to drawing on all the resources of the Utah law enforcement and legal communities, the program will be enhanced by the presence of various U.S. lawyers and judges who will be sharing their expertise for shorter periods of time.  Organizers intend to build a cadre of informed and involved U.S. lawyers upon whom they can call as they prepare to launch other phases of the project.

The Global Justice Project and participating experts hope to help close the significant capacity gap in Afghanistan’s criminal justice sector and simultaneously help educate U.S. professionals (and channel their expertise and commitments to address) the challenges of this reform effort.  This is part of a broader national effort to build stability and effectiveness in justice systems in particularly critical locations, including Afghanistan and Iraq.

At the end of their educational experience in Utah, the visiting Afghans will be hosted at celebrations in Park City and Salt Lake City.

Located at the University of Utah in Salt Lake City, the S. J. Quinney College of Law is a dynamic institution that emphasizes experiential and interdisciplinary learning, applied research, internationalism, and global service opportunities. The College is committed to engagement in the critical issues of the day, from banking to global security, climate change to global justice.