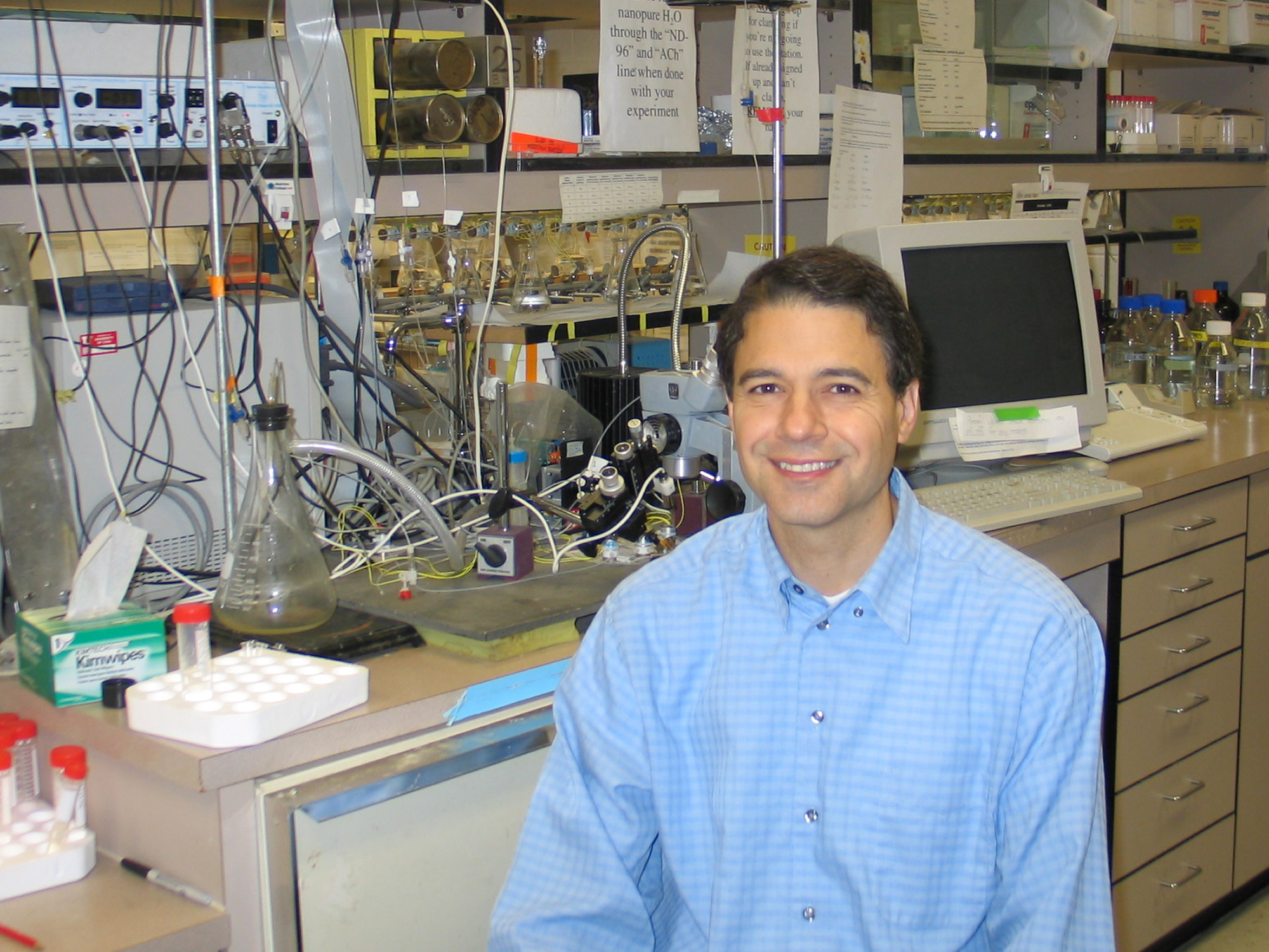 Nov. 13, 2006 — A brand new approach to treating severe nerve pain – by aiming drugs at a previously unrecognized molecular target – has been discovered by University of Utah scientists who study the venoms of deadly, sea-dwelling cone snails.

“We found a new way to treat a chronic and debilitating form of pain suffered by hundreds of millions of people on Earth,” says J. Michael McIntosh, a University of Utah research professor of biology, and research director and professor in the Department of Psychiatry. “It is a previously unrecognized mechanism for treating pain.”

The findings are being published the week of Nov. 13 in the online edition of the journal Proceedings of the National Academy of Sciences.

The study in rats found that cone snail toxins named RgIA and Vc1.1 can treat nerve hypersensitivity and pain by blocking a molecule in cells known as the “alpha9alpha10 nicotinic acetylcholine receptor.”

“The numerous analgesic compounds currently available are largely ineffective” for chronic nerve pain, McIntosh and colleagues write. “Our findings not only suggest a previously unrecognized molecular mechanism for the treatment of neuropathic pain, but also demonstrate the involvement of alpha9alpha10 nicotinic receptors” in nerve injury.

McIntosh emphasized neither substance will be on the market soon. Vc1.1, also known as ACV1, is being developed by an Australian company, Metabolic, and is undergoing trials of its effectiveness in human patients. While Metabolic has said the drug targets nicotinic receptors, McIntosh says alpha9alpha10 nicotinic receptors have not been reported previously as a target for any kind of painkilling medication. McIntosh says Vc1.1 is administered by subcutaneous (under the skin) injection.

McIntosh hopes the new findings make it feasible to develop a painkiller based on RgIA that could be taken orally, but he believes that will take at least 10 years.

McIntosh co-authored the study with two colleagues in the University of Utah Center for Neuropeptide Pharmacology – Baldomero “Toto” Olivera, a distinguished professor of biology, and Michael Ellison, a postdoctoral fellow in biology – and with Michelle Vincler, Shannon Wittenauer and Renee Parker at the Wake Forest University School of Medicine in Winston-Salem, N.C.

The research was funded by the National Institutes of Health.

A Pain in the Nerves

The study dealt with what is known as neuropathic pain, which is chronic pain due to injury to the nerves, spinal cord or brain.

Symptoms can include numbness and pain that feels like constant burning, “pins and needles,” sharp shooting pain, electricity or electrical shock, or tingling. People with neuropathic pain often are hypersensitive to previously innocuous stimuli – for example, feeling pain from a foot rubbing against the inside of a shoe – and feel an exaggerated response to things that are painful.

Common pain medicines like aspirin, ibuprofen and acetaminophen often fail to relieve neuropathic pain. Morphine-like opiods such as oxycodone sometimes are used, but can cause constipation, nausea and a spaced-out feeling.

Anticonvulsant drugs for epilepsy sometime are used to reduce the pain by decreasing nerve cell excitability, but have side effects such as lethargy, fatigue, clouding of mental state and weight gain, McIntosh says. Antidepressants and muscle relaxants have been used, but they can cause weight gain, nausea and sexual dysfunction.

Topical treatments include capsicum cream derived from chili peppers, but they usually are not very effective.

“There really is no highly effective treatment available for this kind of severe pain, so having a new way to treat it is exciting,” McIntosh says. If the new discovery eventually leads to a new pain drug that is combined with existing treatments, “you may be able to reduce the pain to a lower level than ever before. No one drug is going to fully treat all pain, so having a new way is like having a backup catcher if the first catcher misses the ball.”

The toxins in the study come from two cone snail species that eat worms, unlike relatives that eat fish or snails and occasionally deliver a fatal sting to a human fisherman.

RgIA and Vc1.1 fit like keys into lock-like alpha9alpha10 nicotinic acetylcholine receptors, which are found on nerve cells and are in the family of receptors activated by nicotine from cigarette smoking.

Alpha9alpha10 nicotinic receptors are found in a variety of body tissues, including white blood cells and the dorsal root ganglia – a group of nerve cells near the spine and involved in pain transmission.

One form of severe nerve pain is known as sciatica, and occurs when a herniated disk in the lower back causes pain to one or both sciatic nerves, which extend from the lower back to the hips, buttocks and back of the thighs.

For the study, the North Carolina co-authors tied sutures loosely around one of each rat’s two sciatic nerves to mimic nerve compression and injury from sciatica. That made the rats overly sensitive to touch on one hind paw but not the other. Each rat’s sensitivity was assessed by measuring how much pressure could be applied to a hind paw with a blunt Teflon tip before the rat pulled away the paw.

Normal rats could withstand 4.7 times more pressure before withdrawing their paws, compared with rats with sciatica. When cone snail toxin RgIA was injected, the rats with sciatica were able to tolerate a stronger touch from the tip – both four hours and 24 hours after the drug was given. The highest dose completely reversed the hypersensitivity caused by sciatica, with no adverse effects. Daily injections “produced a sustained analgesic effect,” the researchers wrote.

RgIA was such a potent pain reliever that “about 10 billionths of an ounce reversed the hypersensitivity to pain,” McIntosh says.

Vc1.1 had a similar effect – replicating studies by other researchers – allowing rats with sciatica to tolerate touch with greater pressure.

The new study is not McIntosh’s first involving chronic pain. As an incoming college freshman working in Olivera’s lab in 1979, McIntosh discovered in cone snails the natural form of a drug now used against severe nerve pain. It is Prialt, which must be injected into fluid surrounding the spinal cord as a treatment for severe pain due to cancer, AIDS, injury, failed back surgery and certain nervous system disorders.