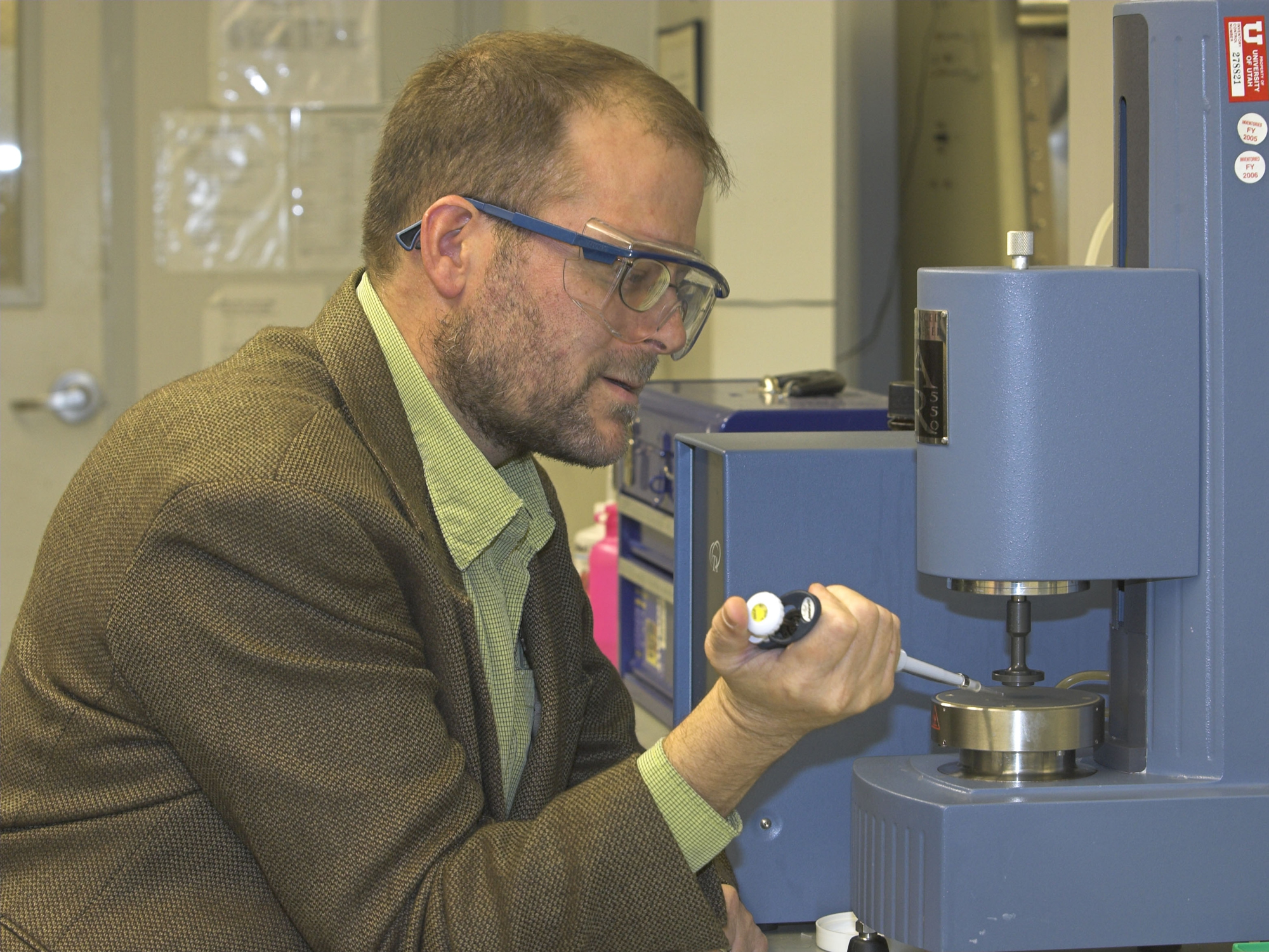 Dec. 11, 2006 – University of Utah scientists designed a “molecular condom” women could use daily to prevent AIDS by vaginally inserting a liquid that would turn into a gel-like coating and then, when exposed to semen, return to liquid form and release an antiviral drug.

“We have developed a new vaginal gel that we call a molecular condom because it is composed of molecules that are liquid at room temperature and, when applied in the vagina, will spread and turn into a gel and effectively coat the tissue,” says Patrick Kiser, an assistant professor of bioengineering. “It’s a smart molecular condom because we designed this gel to release anti-HIV drugs when the gel comes into contact with semen during intercourse.”

“The ultimate hope for this technology is to protect women and their unborn or nursing children from the AIDS virus,” but the molecular condom is five years away from tests in humans and roughly 10 years until it might be in widespread use, Kiser says.

Kiser and colleagues report development of the molecular condom in a study to be published online Monday, Dec. 11, 2006, in the Journal of Pharmaceutical Sciences.

The molecular condom is part of a worldwide research effort to develop “microbicides” – drug-delivery systems such as gels, rings, sponges or creams to prevent infection by the human immunodeficiency virus and other sexually transmitted diseases. HIV causes AIDS, which cripples the immune system, leaving patients vulnerable to other infections, cancers and death.

Microbicides are seen as a way for women to gain power by protecting themselves from HIV, particularly in impoverished nations where AIDS is widespread, where rape is rampant or where conventional condoms are taboo, not reliably available or where men resist using them. Worldwide, most AIDS cases are spread heterosexually.

About 16 microbicides are in development and five are undergoing testing in thousands of women, mostly in Africa. They are designed to fight HIV infection by preventing the virus from entering cells or replicating, or by maintaining acidic vaginal conditions. No first-generation microbicide has been approved yet for wide use.

Delivering Anti-HIV Medicine When and Where Needed

Kiser says the University of Utah molecular condom would be a more advanced method of delivering an antiviral drug to prevent infection by the AIDS virus.

“Up until now, most of the microbicide work has focused on the development of the active drug, not on the delivery of the drug,” Kiser says. “This study and other work in my lab are directed at developing new technologies for vaginal delivery of antiviral agents, particularly a microbicide that can respond to triggers [body temperature and semen] that are present before, during and after intercourse. This is the first paper that begins to point in that direction.”

Kiser says the dosage of anti-HIV drugs in first-generation microbicides lasts only a few hours, so “you have to use them an hour before sex, which is difficult. You only need one failure to get the disease. We’re shooting for a microbicide delivery system that would be used once a day or once a month.”

In the study, Kiser and colleagues outline how they designed a water-based gel or “hydrogel” sensitive to body temperature and pH (acidity or alkalinity) so that it could serve as a “smart semen-triggered vaginal microbiocidal vehicle.”

The researchers have not yet tried incorporating an antiviral drug into the hydrogel, but showed that in laboratory conditions, the substance turns from a liquid to a gel at body temperature, then returns to liquid form and can release test compounds – stand-ins for antiAIDS drugs – when exposed to semen, which has a pH of 7.5, more alkaline than the acidic vaginal pH of 4 to 5.

Kiser conducted the research with University of Utah bioengineering graduate students Kavita Gupta and Meredith Roberts, and undergraduates Scott Barnes and Rachel Tangaro. The research is part of Gupta’s doctoral thesis, and she did much of the work. Other coauthors of the study were bioengineers David Katz and Derek Owen at Duke University in Durham, N.C. The National Institutes of Health funded the study.

Designing a Microbicide to Empower Women

First-generation microbicides now being tested are expected to be available within four years and be 50 percent to 60 percent effective. That sounds low, but a British study found that even if a microbicide was only 50 percent effective against HIV and used by only 20 percent of the women in 73 developing nations, it would prevent 2.5 million infections during a three-year period. Kiser says he hopes the molecular condom ultimately will prove to be 90 percent effective.

Potential side effects of microbicides include itching, increased vaginal discharge and inflammation. But initial testing of the molecular condom – in which the hydrogel was tested on basic tissue cells known as mouse fibroblasts – “indicates these gels are likely to be well tolerated,” Kiser says.

What about the comfort of a thin gel lining the vagina? “At the end of the day, women will use a material that protects them,” he says. “But there is no reason to think these gels are uncomfortable.”

The molecular condom is a polymer – a molecule with a repeating, chain-like structure – made from three chemicals in these proportions:

Other researchers previously discovered this combination of chemicals forms a heat-sensitive gel, but Kiser and colleagues altered the polymer so it would change from liquid to gel and back at the desired temperature and pH. They also designed the gel so it would not dehydrate vaginal cells, which can trigger infections.

The researchers analyzed and optimized the gel’s ability to adhere to a surface similar to vaginal tissue without being diluted by other fluids, but to erode rapidly in the presence of seminal fluid. Kiser says first-generation microbicides use gels like those in spermicides and lubricants, and are not optimized to coat and be retained in the vagina.

A Burst of Anti-AIDS Medicine

Kiser, Gupta and colleagues demonstrated how the polymer could change from liquid to gel at body temperature, then return to liquid form when exposed to simulated seminal fluid – a sticky mixture of sugars and salt-and release large and small molecules used as stand-ins for real medicines in drug-delivery experiments.

The lab experiments were designed to make it difficult for the molecular condom to release simulated drugs, Kiser says. Inside a woman, the gel would be much thinner than in the lab tests, so antiviral drugs “would all be released in just a few minutes.”