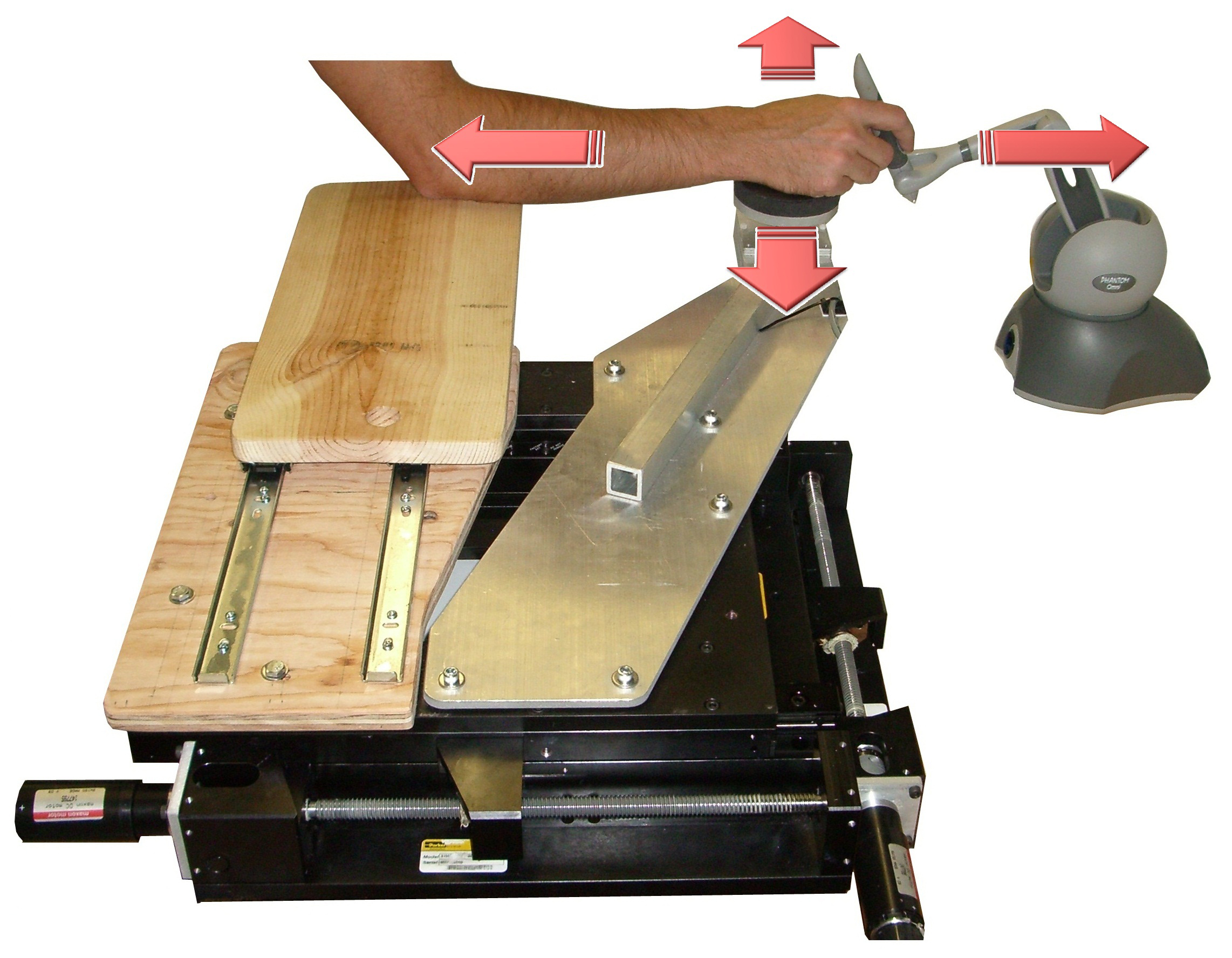 March 8, 2010 — University of Utah engineers developed a computer-controlled, motorized hand and arm support that will let doctors, artists and others precisely control scalpels, brushes and tools over a wider area than otherwise possible, and with less fatigue.

“We’ve invented a new device – the Active Handrest – that’s useful for aiding people in performing precision tasks with their hands such as surgery, painting, electronics repair or other tasks that require precise control of the fingertips,” says William Provancher, an assistant professor of mechanical engineering.

A patent on the device is pending, and Provancher says he may form a spin-off company to commercialize it, or may license it to companies that produce touch-feedback devices, make robotic surgery equipment, produce art or refurbish electronics.

“The Active Handrest would benefit surgeons and other medical personnel, artists, machinists, workers performing pick-and-place tasks, or anyone requiring dexterous control of tools,” Provancher wrote in a paper prepared for the meeting.

A person using the handrest puts their wrist on a support that can slide horizontally in any direction. Their elbow rests on a support attached to the device.

The Active Handrest allows a person to maintain a steady hand while it senses the position of a hand-grasped tool or the force exerted by the hand – or both. Then, the device’s computer software moves the handrest so it “constantly re-centers your fingertips in the center of their dexterous workspace,” which Provancher says is “the range over which you can move your fingers and be very precise.”

For example, if a person places their arm on a desk to write, their hand is able to move the pen about 4 inches in any direction, but precise writing is practical only within a 1-inch wide “dexterous workspace,” he says.

The existing prototype of the Active Handrest lets a user move their hand precisely within a workspace of about 10 by 10 inches, re-centering the hand as the arm moves to reach a larger area. But future devices could allow for three-dimensional motion and even larger work areas with the same precision, Provancher says.

Use of the Active Handrest also means “less fatigue, and if you have fatigue, you are going to have tremor associated with that,” meaning less precision.

Inspired by Leonardo on TV

Provancher came up with the idea for the Active Handrest while watching a television show about famed painter, sculptor, scientist, inventor and engineer Leonardo da Vinci. The actor portraying da Vinci was painting while using a simple handrest – a stick with a cloth ball on each end – that spanned the canvas. So Provancher started thinking about devising a handrest that moves to allow painting over a large workspace.

People often try to increase their precision when doing manual tasks by bracing their wrist or arm against a fixed object. Over the years, there have been many devices to help: wrist rests used when typing or operating a computer mouse, repositionable braces for artists painting fine detail on a large canvas, and repositionable supports for typists.

More recently, research devices have been developed in which a robot and a human user simultaneously hold a tool to increase precision in using it.

The Active Handrest includes a personal computer to control it. The user’s wrist sits on a round wrist pad on an arm that is attached to a motorized base that can move from side to side and back and forth to re-center the hand. Under the wrist rest is a force sensor similar to a bathroom weight scale. The base also is attached to an elbow rest.

After building a prototype, Provancher and colleagues conducted pilot studies to optimize the Active Handrest, including testing whether it is better to have the device detect a user’s hand position or the force exerted by the hand. They also tested if precision could be increased by limiting the device’s speed and acceleration.

The computer detects the position or force “and decides how the armrest should move,” Provancher says. “With position control, the device monitors the tool motion and will reposition the handrest to follow the tool’s motion.”

“For force control, the device senses how you are leaning on the wrist rest. If you push forward a little bit, the handrest will move forward in response,” he adds.

The pilot studies were conducted by having 12 people – including the researchers – perform a circle-tracing task. While using the Active Handrest, they held a stylus and traced – on the top of a desk – a circle appearing on a computer screen in front of them.

The researchers measured how long it took to trace each circle, and the “tracing error,” or distance between the drawn circle and the target circle. Participants traced shapes of three diameters: 0.3-inch circles, which could be drawn with finger motion and without the handrest; 1.6-inch circles, which required motion of the whole hand; and arcs with radii of 3.9 inches, requiring the handrest to move across the workspace.

In terms of precision, the difference between controlling the handrest by position and by force was insignificant, but more people preferred controlling it by the force they exerted. It felt more intuitive.

Provancher also showed that controlling the handrest only with force exerted by the hand was just as effective as controlling it using both the hand’s force and position.

The experiments also showed the Active Handrest was most precise if its speed was limited to 0.2 inches per second and its acceleration limited to about one-twentieth of acceleration of an object falling due to gravity.

The optimum speed “is still fast compared to rates at which a surgeon would conduct an operation,” Provancher says, noting that “if someone is going to use this to do surgery on your eye, you don’t want them moving too fast.”

In the study’s final experiment, the Active Handrest was compared with fixed hand support, fixed elbow support and no support.

Sixteen participants traced circles or arcs displayed on a computer screen. They did each of three sizes of circle or arc four times, for a total of 12 tracings, while using the Active Handrest. For each alternative form of support, they also did 12 tracings, for a total of 48. The entire test took about 45 minutes. The findings:

For more information about the University of Utah College of Engineering see: