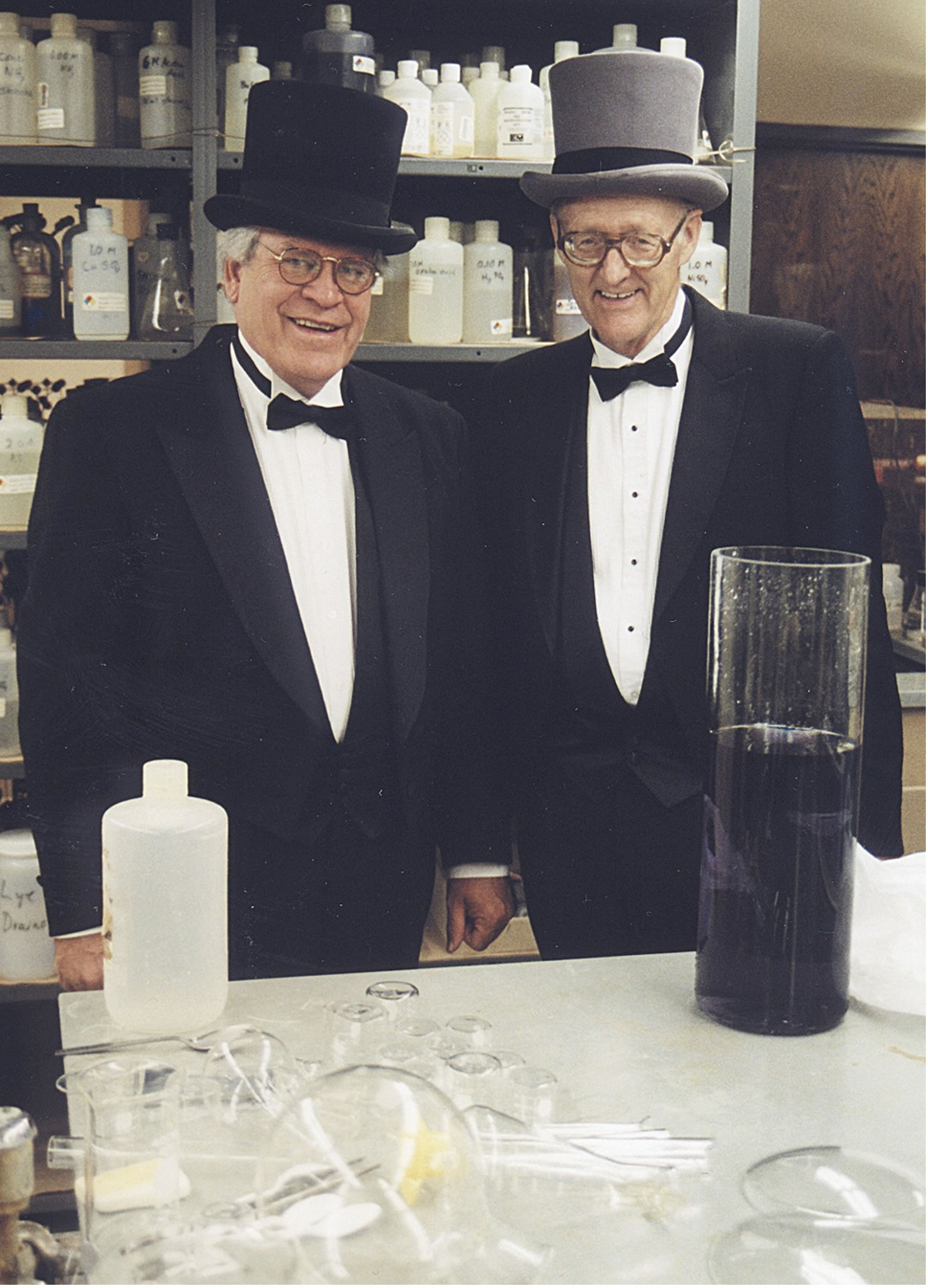 With 30 experiments that explode, change colors and delight an audience of children and adults, University of Utah chemists Ronald Ragsdale and Jerry Driscoll will dress as 19th century chemists and deliver the annual Faraday Christmas Lectures for a 24th and final year.

The lectures at 7 p.m. Monday Dec. 20 and Tuesday Dec. 21 are already fully booked, with no room for additional public seating, but news media are invited to cover Ragsdale’s and Driscoll’s entertaining swan song in room 2008 of the university’s Henry Eyring Building.

Starting in December 2005, a new series, dubbed “The New Faraday Lectures,” will be delivered by Peter B. Armentrout, distinguished professor and chair of chemistry at the university, and Chuck Wight, a professor of chemistry.

“The chemistry department would like to carry on the tradition of the Faraday lectures, but with some new faces and some new experiments,” says Armentrout.

The wildly popular Faraday Christmas Lectures began in 1981. Every holiday season since then, Ragsdale and Driscoll have dressed, respectively, as 19th century English chemist Michael Faraday and his assistant. No other lectures on campus are as anticipated or as well-attended as the Faraday series.

“The idea is that science, that chemistry can be fun,” says Ragsdale.

Michael Faraday – the discoverer of electromagnetic induction, electromagnetic rotations, the magneto-optical effect, diamagnetism and field theory – was born in London in 1791. Faraday served as director of the Royal Institution in London and established the institution as a center for scientific research and education. A gifted lecturer, he began presenting his Christmas Lectures for Children at the Royal Institution in the 1840s. With Faraday as their guide, audiences entered wholeheartedly into the world of science.

Ragsdale began teaching at the University of Utah in 1963, and Driscoll accepted a position in 1974. A number of their chemical demonstrations are published in chemical education literature and used worldwide.