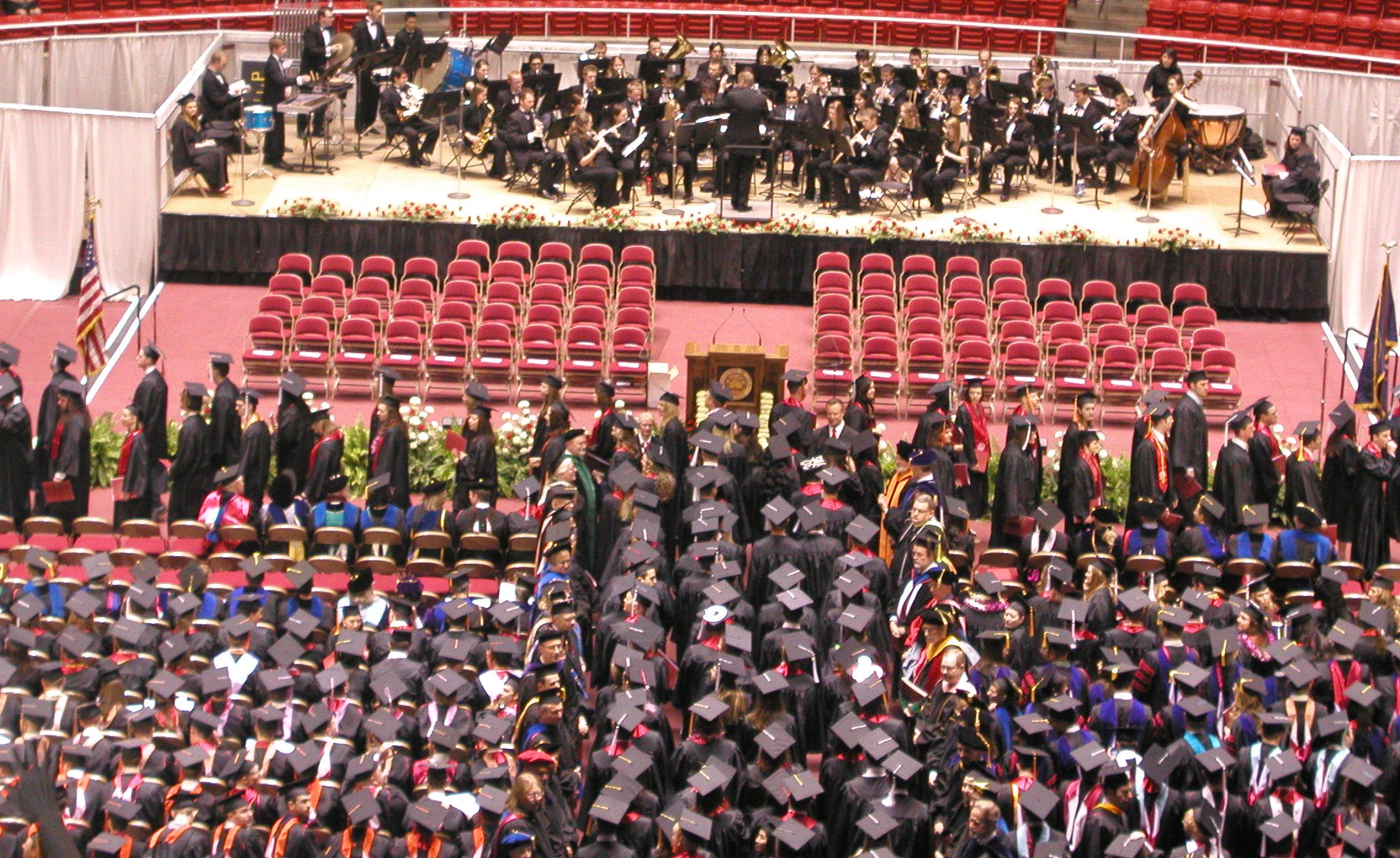 University of Utah President Michael K. Young officiated the
commencement. The featured speaker was journalist and author Mitch
Albom, who also was presented with an honorary Doctorate of Humane
Letters. The student speaker was Lara Galas, who graduated in English. The vocalist was graduating senior Valaura Arnold.

The Rosenblatt Prize for Excellence,
a $40,000 cash award and the most prestigious honor the university
bestows on its faculty, was awarded to Peter B. Armentrout,
distinguished professor of chemistry and Cannon Fellow.

The Distinguished Teaching Award recipients for this year were: Cindy
Burrows, distinguished professor of chemistry; Elizabeth Clement,
associate professor of history; John Funk, adjunct instructor in the
Urban Institute for Teacher Education; and Robert A. Young, professor of
architecture.

New this year, a Distinguished Innovation and Impact Award was
given to the following: Theodore Stanley, professor of anesthesiology,
and Carl Wittwer, professor of pathology.

The university recognized the 2011 Honors Professor Matthew Bradley
from the College of Architecture + Planning; the 2011 Bennion Center
Public Service Professor, Enrique Aleman, Jr., from the Department of
Educational Leadership and Policy; and the recipient of the Calvin S.
and JeNeal Hatch Prize in Teaching, Professor Abby Fiat, Department of
Modern Dance.

The 2011 University Professors Robert Hitchcock, Department of
Bioengineering, and Stephen Goldsmith, Department of City &
Metropolitan Planning were recognized along with the Outstanding Public
School Teacher Cheryl Baker from the Utah School for the Deaf and Blind,
and Associate Professor Marissa Diener, Department of Family and
Consumer Studies, who received the Distinguished Service Award.

The university also recognized 19 students who are service-learning scholars from the Lowell Bennion Community Service Center.

Convocations for the colleges of health, nursing and social work were held on Thursday, May 5, 2011.

Individual college convocations on Friday, May 6 were scheduled at the following locations and times:

Campus parking lots
may be used at no charge during commencement and convocation
ceremonies. As campus parking is limited, visitors are encouraged to use
the free U shuttle service
to travel between commencement events. Shuttles run throughout campus
and are scheduled every 10 minutes. There is a free far zone on TRAX May 6.