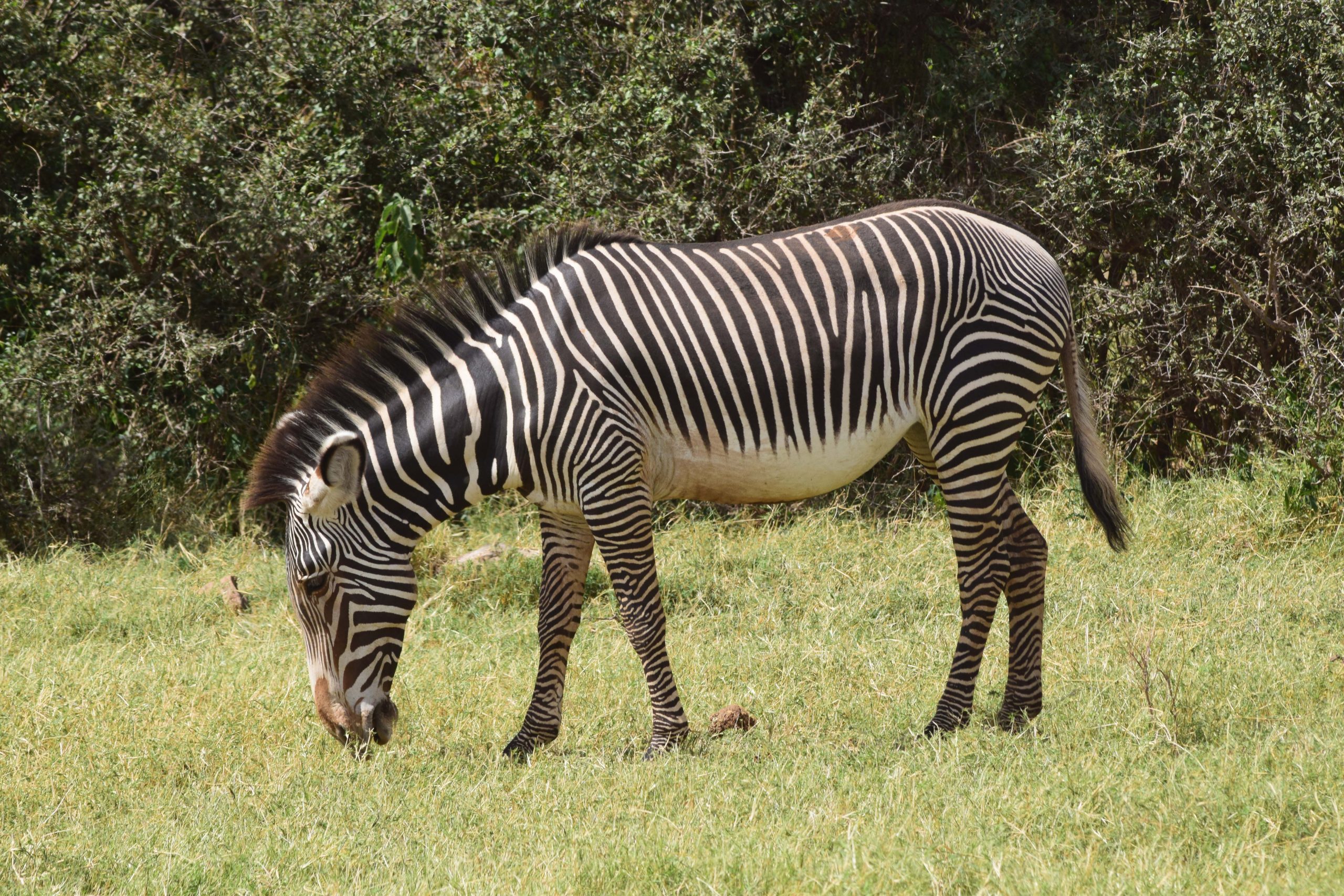 Aug. 3, 2015 – As grasses grew more common in Africa, most major mammal groups tried grazing on them at times during the past 4 million years, but some of the animals went extinct or switched back to browsing on trees and shrubs, according to a study led by the University of Utah.

“It’s as if in a city, there was a whole new genre of restaurant to try,” says geochemist Thure Cerling, first and senior author of the study published today by the journal Proceedings of the National Academy of Sciences. “This is a record of how different mammals responded. And almost all of the mammals did an experiment in eating this new resource: grass.”

The experiment peaked about 2 million years ago, says Cerling, a distinguished professor of geology and geophysics. The only major group that still mostly grazes grass is the bovids: cattle, buffalo, sheep, wildebeest, hartebeest and some antelopes such as oryx and waterbucks.

The study also revealed that the present isn’t necessarily the key to the past in terms of what animals eat. Today, elephants and spiral-horned antelope (elands, kudus and bushbuck) browse on trees and shrubs, but the study showed that 2 million years ago, African elephants grazed on grass and the antelopes had mixed diets with a lot of grass. Asian elephants, which ate grass and were abundant in Africa 2 million years ago, went extinct in Africa but survive in Asia, where they graze but also browse trees and shrubs.

“That the diet of some of these animals is different from that of the present was a surprise, and shows the importance of challenging one’s assumptions when making ecological reconstructions,” says study co-author and geologist Frank Brown, dean of the University of Utah’s College of Mines and Earth Sciences.

Overall, Cerling and colleagues wrote that the assemblages of grazing, browsing and mixed-diet animals during the past 4 million years “are different from any modern ecosystem in East or Central Africa.”

30 years of research into 4 million years of dietary evolution

In a study spanning 30 years of field work by Cerling into how grasses and the animals that eat them evolved together, he and other scientists analyzed:

— Hair keratin, tooth enamel or bone collagen from 1,800 animals of more than 50 modern herbivore species in East and Central Africa. Samples came from museum collections or from animals killed previously in 30 national parks and reserves.

— Tooth enamel from more than 900 fossil herbivores that lived 4.1 million to 1 million years ago in the Turkana Basin.

They measured the samples’ ratios of uncommon carbon-13 to common carbon-12. The ratios reveal if the animals browsed primarily on plants that use C3 photosynthesis (trees, shrubs, forbs and herbs), grazed mainly on C4 photosynthesis plants (dry-season or tropical grasses and sedges) or ate a mixed diet.

Low carbon dioxide levels in the atmosphere are believed responsible for a global expansion of tropical grasslands between 10 million and 5 million years ago. C4 photosynthesis used by tropical grasses is more efficient in hot climates, giving them an advantage over trees and shrubs.

“Over the past 10 million years, grasses went from perhaps 1 percent of productivity of the tropical landscape to 50 percent today,” Cerling says. “All the large mammal groups tried experiments in eating grasses, and a lot of those experiments didn’t work in the long run,” he says. “Animals became extinct or they switched to other diets. There was even a grazing giraffe, but that became extinct. There were three major lineages of pigs that were grazers, and only one has survived: the warthog.”

Other grazers that became extinct included a three-toed horse and the Asian elephant, which survives in Asia but went extinct in Africa 1 million years ago.

Browsers in the past that still browse at least 75 percent trees and shrubs today include most giraffes, black rhinos, tiny antelope and forest antelope.

“The successful grazers appear to be the bovids,” Cerling says, although even some bovids – gazelles and elands – once were mixed grazers-browsers, but today have returned to mostly browsing on trees and shrubs. Impalas, which also are bovids, shifted from mostly grazing in the past to both grazing and browsing today.

Modern herbivores with mixed browsing-grazing diets include hippos and impalas.

Why did the grass craze fade?

Why did some animals keep eating grass while others stopped or went extinct?

“Perhaps they were much more efficient at eating grass and outcompeted some of the other animals,” Cerling says. For example, perhaps African elephants switched to browsing when they could no longer grab grass cut too short by grazers.

“It looks like there is as much grass available now as anytime in the past,” Cerling says. “It could be that the quality of grass varies enormously between the dry season and the wet season.”

He also notes that during the past 1 million years, “we have been going through strong cycles with and without glaciers, and much bigger changes in atmospheric carbon dioxide.” Grasses using C4 photosynthesis not only have an advantage in hot weather, but also during glacial periods when carbon dioxide levels were low.

But there are no fossils of grasses for the past 10 million years, which makes it difficult to unveil the evolution of grasses, and whether they changed in digestibility, palatability, toxin levels and nutrient content, Cerling says.

In a 2013 study, Cerling found that early human relatives who turned to grazing, such as Paranthropus boisei, went extinct. Modern humans eat more grass than ever before – but not by grazing. Instead, we eat the meat of animals fed grass and C4 grains, as well as cultivated C4 plants such as corn and sorghum.

The study’s co-authors and institutions