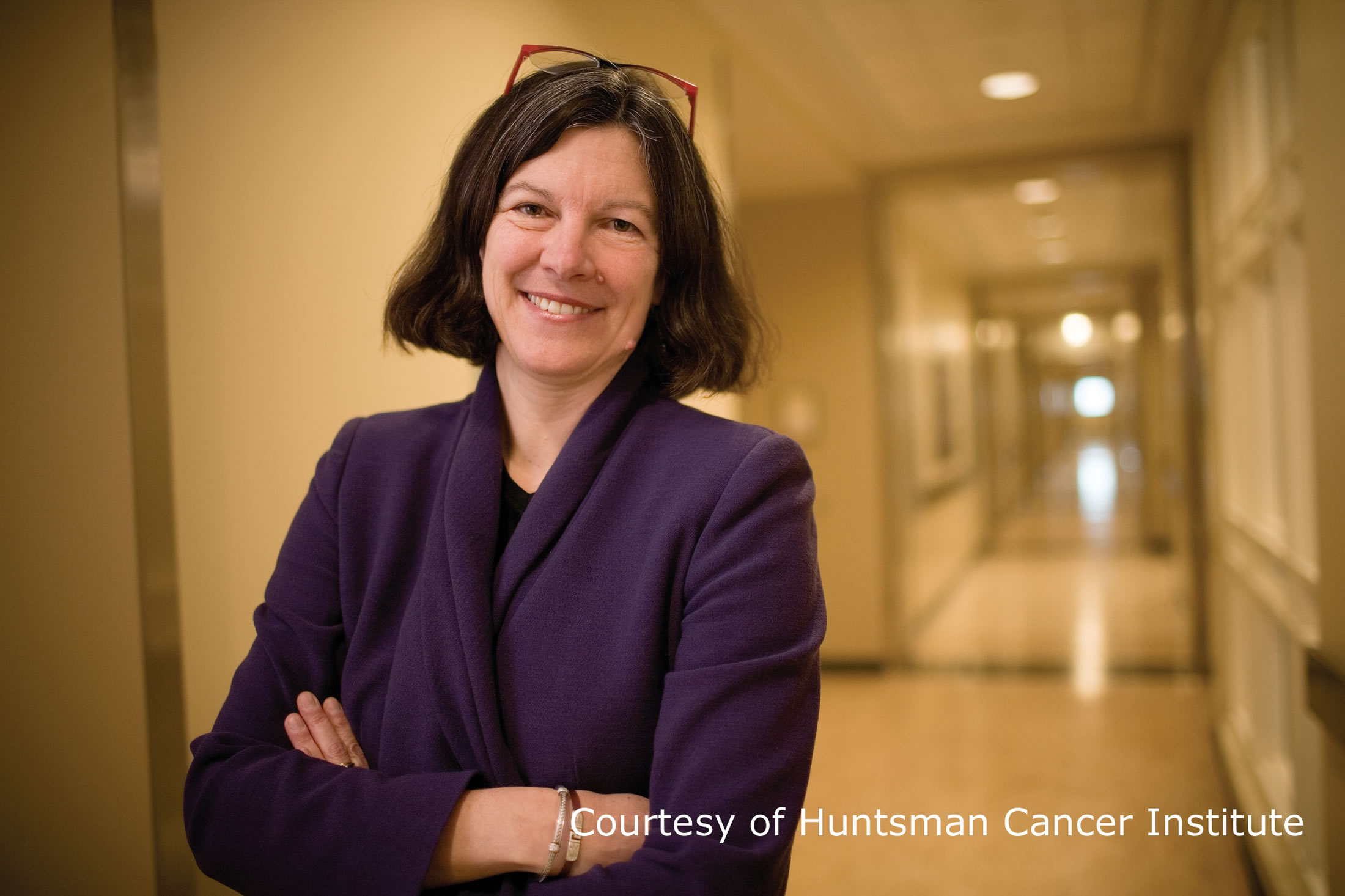 May 4, 2007 — Mary C. Beckerle, professor of biology and executive director of Huntsman Cancer Institute at the University of Utah, was honored at today’s University commencement ceremonies with the Rosenblatt Prize for Excellence, the U’s most prestigious award. The $40,000 gift is presented annually to a faculty member who displays excellence in teaching, research and administrative efforts.

The Rosenblatt Prize Committee, a group of distinguished faculty members, recommends selected candidates for the award and the University president makes the final selection. U President Michael K. Young presented the award to Beckerle. “We are honored to grant Mary this award recognizing her outstanding teaching skills, her pioneering research on cellular processes related to cancer and her resourceful administrative skills. Mary’s remarkable contributions in her field and to the University over a 27-year period have distinguished her as an invaluable faculty member, mentor and leader.”

A noted cell biologist, Beckerle serves as Huntsman Cancer Institute (HCI)’s executive director. Her research is focused on how cells move and stick together, both important to understanding how cancer spreads throughout the body. Her laboratory has discovered and characterized pathways that control how cells sense and respond to environmental cues, including both chemical and mechanical signals. Genetic studies carried out in Beckerle’s lab have demonstrated key roles for these novel pathways in embryonic development and normal physiology.

In receiving the prize, Beckerle notes, “I have been so fortunate to work with a group of talented and dedicated trainees in my research laboratory, wonderful faculty colleagues who value innovation and collaboration, and institutional leaders who have provided me remarkable opportunities for personal and professional growth.”

Beckerle has 20 years of experience training students and postdoctoral fellows, most of whom hold scientific positions as faculty members or researchers. She has a strong commitment to training young scientists and has taught a variety of courses in the biological sciences. In 1994, she was nominated by her students and received the University of Utah’s Biology Award for Excellence in Teaching. She guided graduate education at the University as the director of the Interdepartmental Graduate Program in Molecular Biology for two years. In addition, Beckerle developed the Multidisciplinary Cancer Research Training Program at HCI and served for several years as principal investigator of a National Cancer Institute grant that supports this cancer-focused training initiative.

“She is an attentive and inspiring mentor who has retained close contact with her trainees even as her administrative responsibilities have grown,” says colleague Barbara Graves, professor and chair of the Department of Oncological Sciences. “Her academic achievements are many, but it is her personal style with its infectious enthusiasm for our collective mission that stands out as her greatest talent.”

Beckerle received her bachelor of arts in 1976 from Wells College and her doctorate in 1982 from the University of Colorado at Boulder. A faculty member at the University of Utah since 1986, Beckerle is a professor of biology and adjunct professor of oncological sciences. She has served HCI as a program leader, senior director for laboratory research, deputy director, and in 2006 after a nationwide search, was selected as executive director. Since 1999, she has held the Ralph E. and Willia T. Main Presidential Endowed Chair in Cancer Research. In 2006, she served as president of the American Society of Cell Biology, an international research organization with more than 11,000 members.

In recognition of her research accomplishments, Beckerle has been named an Established Investigator of the American Heart Association and has received a Senior Research Award from the American Cancer Society. In 2000, she was appointed as a Guggenheim Fellow and Rothschild-Yvette Mayent Award Scholar at the Curie Institute in Paris. In 2001, Beckerle was honored with the Utah Governor’s Award for Science and Technology.

An active participant in national scientific affairs, Beckerle was appointed to the Federation of American Societies for Experimental Biology (FASEB) Public Affairs Advisory Committee in 1997 and has recently served on strategic planning committees for the National Institutes of Health. She has served as a member of the selection committee for Howard Hughes Medical Institute Physician-Scientist Fellowships and was a member of the National Institutes of Health CDF4 grant review panel. She has served on the editorial boards for Annual Reviews of Cell and Developmental Biology, Current Opinions in Cell Biology, and Molecular Biology of the Cell, where she is an associate editor. She has organized a number of scientific meetings, including the annual meeting of the American Society for Cell Biology, the Gordon Research Conference on Motile and Contractile Systems, and a Human Frontiers in Science Conference.