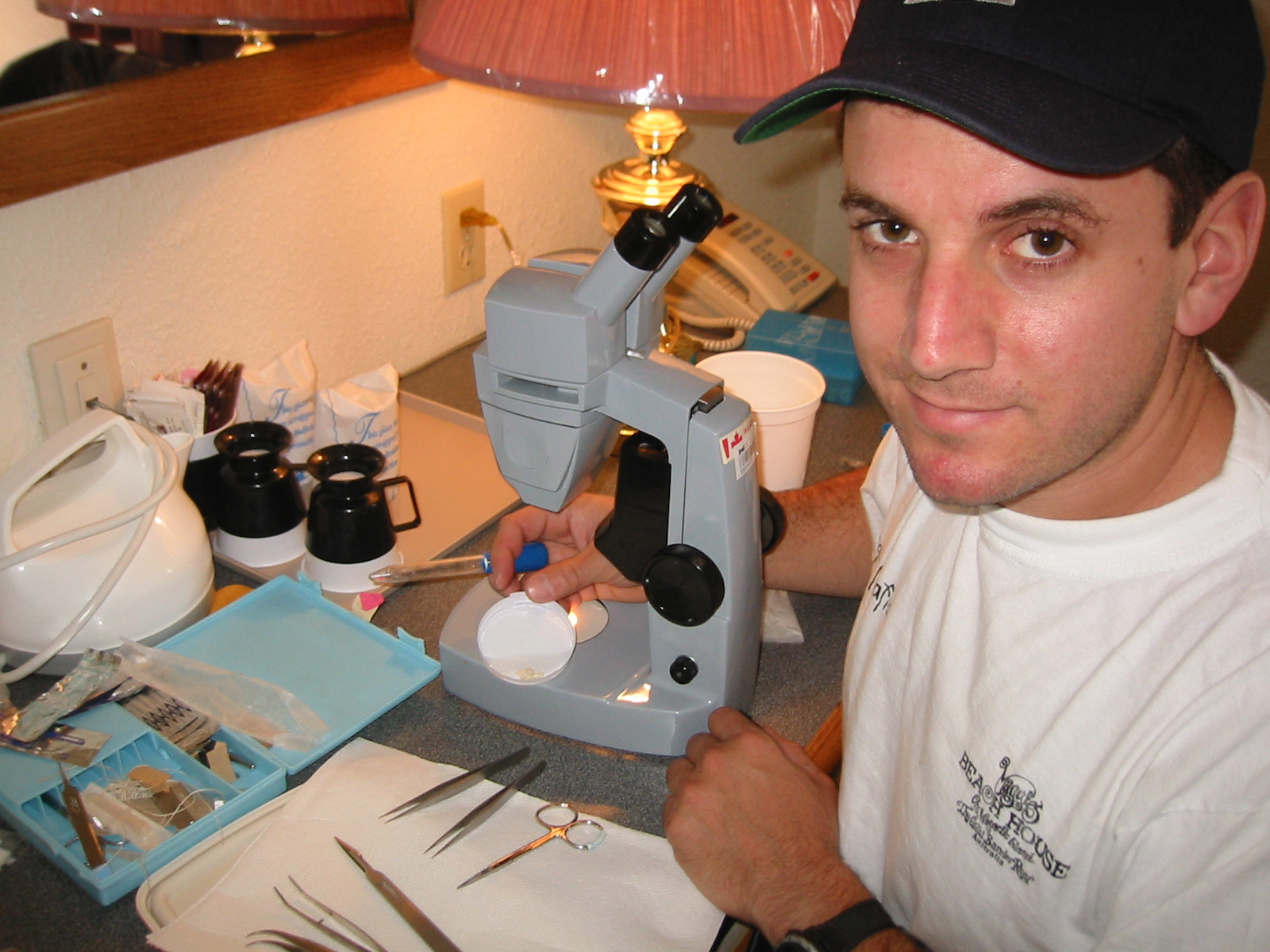 June 4, 2009 – New research shows that when two species of stickleback fish evolved and lost their pelvises and body armor, the changes were caused by different genes in each species. That surprised researchers, who expected the same genes would control the same changes in both related fish.

“We knew that in many cases of evolution, the same gene has been used over and over again – even in different species – to give the same anatomy,” says Mike Shapiro, first author of the new study and an assistant professor of biology at the University of Utah. “What we are finding now is that different genes can have similar effects.”

The study will be published online June 4 and in the July 14 print issue of the journal Current Biology. The findings shed new light on how evolution produces diversity in nature, and on the evolution of limb loss – and not just the loss of the pelvis and leg-like pelvic spines in certain sticklebacks.

“Limb loss is something we see in many other groups – snakes, whales, manatees and some amphibians,” Shapiro says. “We can’t do genetic studies on those animals. Sticklebacks give us insight into what may be going on in many other animal groups.”

“Although there is so much diversity in nature, we know very little about the mechanisms that generate that diversity on a genetic level,” Shapiro says. “These fish are increasing diversity within each of their species. It just so happens that both species [in the new study] have found similar solutions to some ecological problem. We found they use different genes to do that, which contradicts earlier research on sticklebacks.”

Because Shapiro studies how some of the 2- to 4-inch-long stickleback fish lost their pelvises, he sometimes makes scientific presentations with the title, “Pelvis Has Left the Building” – a spoof of “Elvis has left the building” announcements that were made decades ago to disperse fans after concerts by Elvis Presley, the king of rock and roll.

Shapiro and colleagues created the first genome map, or genetic blueprint, for a species named the ninespine stickleback, which has nine spines sticking out of its back and another two extending downward from its pelvis – technically, the pelvic girdle. The pair of quarter-inch- to half-inch-long belly spines evolved from pelvic fins. Losing the pelvis and its spines is “the equivalent of land animals losing their legs,” he says.

The researchers compared the ninespine stickleback’s genetic blueprint to the genome of another species they previously studied: the threespine stickleback, which has three larger spines on its back and normally has two big spines attached to its pelvis.

The new study didn’t identify specific genes responsible for the evolutionary changes in ninespine sticklebacks, but instead identified places on chromosomes where those genes are located:

“This is very surprising because these species are fairly closely related,” even though they diverged 13 million years ago, Shapiro says, noting that “mammals have not changed their sex-determination mechanism in more than 150 million years.”

There are six and perhaps eight stickleback species, all in the Northern Hemisphere. They live in Europe; coastal North America north from northern Mexico on the Pacific and north from New York on the Atlantic; and all over coastal northern Asia. Like salmon, many live in the sea and swim upstream to spawn. Others live in lakes.

After Ice Age glaciers started melting some 15,000 to 20,000 years ago, sea-going sticklebacks swam up streams to newly formed lakes. Many populations of ninespine and threespine sticklebacks were trapped in lakes, creating an experiment in evolution.

“They adapted very quickly and dramatically to these new freshwater environments,” says Shapiro. “Some of the changes include shifts in body shape and size, the amount of armor on their bodies and, occasionally, complete loss of major structures like the pelvis. That’s the equivalent of us losing our legs.”

In the sea, if a larger fish tries to eat it, a stickleback defends itself by extending the spines on its back and pelvis. But the need for pelvic spines changed when the sticklebacks moved into lakes with dragonfly larvae and other aquatic insects but no predatory fish.

“Spines are great when you’re trying not to be eaten by a big fish,” Shapiro says. “But other predators like dragonfly larvae can grab sticklebacks by the [belly] spines, reel them in and eat them. They wait for sticklebacks to swim by and grab them.”

The new study involved mating two ninespine sticklebacks that evolved without pelvises: a male from Point MacKenzie, in Cook Inlet near Anchorage, Alaska, and a female from Fox Holes Lakes near Fort Smith, Northwest Territories, Canada.

“The genetic techniques we use make it necessary to cross-breed animals,” says Shapiro. “The techniques we use to identify the genes or regions of the genome that control changes in anatomy are similar to techniques that medical geneticists use to track down genes responsible for cancer and other genetic diseases.”

While the new study shows different genes can control the same trait in two closely related species of sticklebacks, researchers already knew that in some cases, the same gene can control similar traits in distantly related species. Pitx1 controls loss of the pelvis in threespine sticklebacks and is tied to club foot in humans. Eda regulates the number of body armor plates in threespines and also is mutated in a human disease that involves loss of sweat glands, reduced numbers of teeth and lack of hair, Shapiro says.